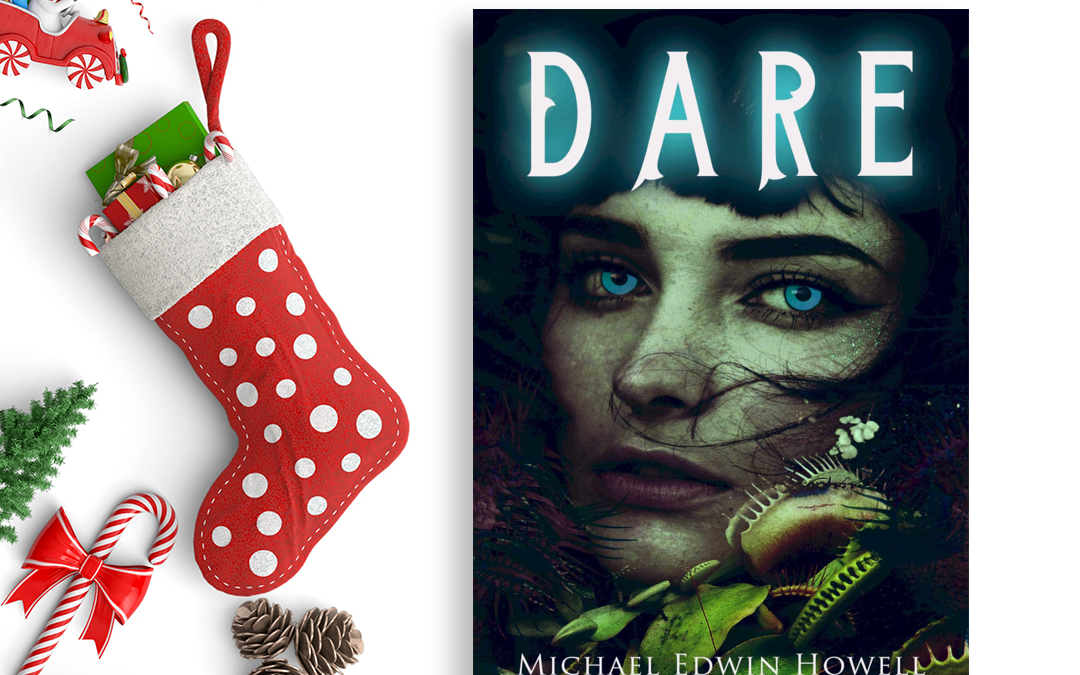 The Fright Before Christmas

-‘Twas the fright before Christmas, when all through the house,
Not a creature was stirring, not even a mouse (or a bird, because there are no birds in Dare).
-The stockings were hung by the chimneys in Dare,
In hopes that St. Nicholas was not scared to go there.
-The children were nestled all snug in ONE bed,
Too scared to sleep alone, or so they said.
-When out on the lawn, there arose such a clatter,
No way in heck I would see what was the matter!
-As dry leaves that before the wild hurricane fly,
I hoped whatever came calling would simply pass by.
-I covered my head hoping not to be found,
When down the chimney something came with a bound.
-Was it Santa Claus with pipe smoke that circled his head like a wreath,
Or Santa CLAWS with a maw and great big sharp teeth?
-I took my chances and climbed out of bed,
And soon realized, I had nothing to dread.
-It was the chubby and plump jolly old elf;
And I breathed a sigh of relief in spite of myself.
-Laying a finger aside of his nose (and seeming to be in quite a hurry),
Up the chimney he rose.
-And I heard him exclaim ere he drove out of sight,
Merry Christmas y’all, and to y’all a good fright!